MAKEACHAMP was created in 2012 to specifically provide assistance to athletes so that they could raise funds to cover the costs of their athletic goals. Since then, we have significantly broadened our mission to include teams and organizations. Currently we are excited to announce that MAKEACHAMP has expanded our mission one major step further.  We always want to empower people around the world to achieve any sport-related goal. We now want to include the development of sports technology.

The world of Sports Technology is a vast ocean sized world of ideas. This means it is rich with many undiscovered technological advances and inventions. There are constantly new innovations being brought into the world of sport and the technology provided has the  potential to generate a multi million dollar product. Sport Engineers who don’t have the opportunity to work for a major company and don’t get mass funding can always turn to crowdfunding as a perfectly suited alternative to find funding. Crowdfunding is very much a new innovative creation that goes in sync with the new innovative ideas that comes from Sports Tech.

Sport Technology has a wide ranging appeal across a global audience. It transcends gender and makes any sport more accessible. New technologies in sport are an ever growing occurrence especially for startups involved in crowdfunding. General Crowdfunding companies such as Ulule and Indiegogo have a growing range of sports technologies which demonstrates there is a growing market for it. Campaigns are being launched due to the fact that there is a demand by a portion of sport amateurs or athletes. New ideas are engulfing the market and crowdfunding is embracing these ideas and changes head on.

These new ideas include the Radiate Gear from Radiate Athletics that has had the support of Kickstarter. It is a shirt that changes color depending on your body temperature and heat signature. It also tracks which muscles are being used the most during workouts. Additionally the Alpha wrist watch is another product that was developed through crowdfunding. It is a watch that monitors your heart rate and is considered the “Holy Grail” of heart rates. This goes to show that crowdfunding can assist immense innovations that undoubtedly shake up the sporting tech world. 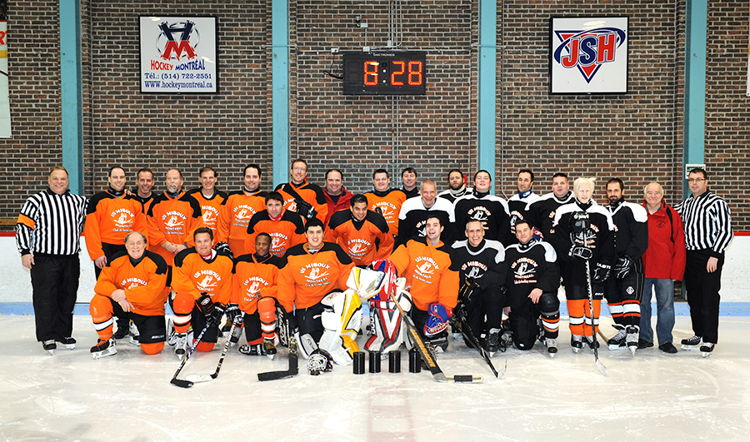 Recently MAKEACHAMP has plunged into Sports Tech on a new project.The Hiboux de Montréal, a visually impaired hockey team, created a team campaign to raise funds for the development of a sound-emitting hockey puck.Visually impaired hockey teams have been playing with painted tin cans until now, and the Hiboux, in partnership with UQAM (Université de Québec à Montréal), have taken it upon themselves to bring this game into the 21st century. With a prototype already developed they have raised 107% of their goal. It is no surprise to us that our first sports technology campaign is a success. MAKEACHAMP is the ideal candidate for this project and for all Sports Technologies that require crowdfunding. Our personalized experience in the world of sports crowdfunding makes the perfect recipe for success.

The future for sports tech is a very bright one that will get brighter. The tech industry alone is ever evolving and growing so undoubtedly the sports aspect of tech is going to expand. The Sports Tech world is bridging the gap between reality and idealism every day. Athletes and sports amateurs are the ultimate beneficiaries of this gap bridging. Sports will change for the better in the future because of the rise of sports technology. Rules and regulations will also probably change. Finally, crowdfunding’s involvement in Sports Tech will grow and change as well. We can all watch in excitement as these new ideas are brought into the limelight of reality and MAKEACHAMP puts itself in the front ranks of these changes.

This link directs you to their campaign page: https://makeachamp.com/hiboux/22140

This video is about their campaign: