Much of life is defined by challenges and how you overcome them. I have certainly overcome a number of unique obstacles in my young life, and they have shaped me in ways unparalleled. After an incredible 8-year journey, I am able to embrace everything that I have fought through and for to become the strong and confident woman I am today. Here is my story….

When I first began my journey into Muay Thai, I was the last person you ever would have imagined capable of stepping into the ring. I was scouted as a high fashion model at the young age of twelve, and by the time I retired at 21, I was haunted by body image issues and headed down a very dark road. I moved back to Calgary after my modelling career as a very physically and mentally weak person, and I desperately needed a guiding light at the end of my emotional darkness.

That light arrived with the help of a great therapist who helped me understand how my eating disorder had evolved to become my main coping mechanism. Severe anxiety had arisen from years of incongruence between my emotions and how I dealt with them; I never had the opportunity to grow my inner voice as a teenager, as my key developmental years were spent trying to do and be what other people expected of me in a predatory and adult world. 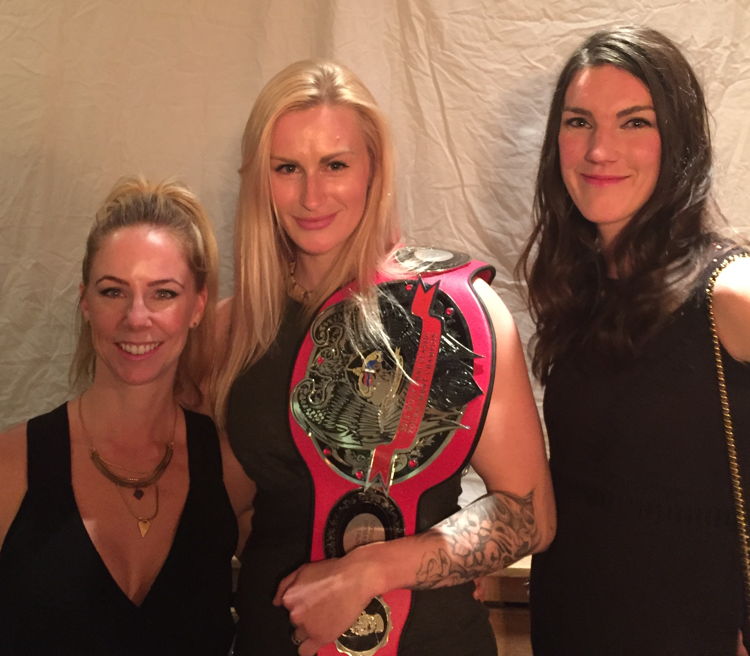 Around the same time, I checked out a local kickboxing gym while looking for a workout that would help me in my quest to perpetuate my eating disorder and become ever thinner. However, as I began training something essential shifted in me. I discovered the beauty and power that my body held in a way I had never realized before, and it changed the value of my body from aesthetic to functional; my body became beautiful to me not because of how it looked but because of the incredible things it could do. When I first told people that I wanted to be a fighter, everyone that knew me from my old life mocked me and laughed at the idea. I was too much of a weakling for anyone to see that behind all the hair and makeup and high heels, was a warrior waiting to wage war on her weaknesses, and push herself further physically and mentally than she ever imagined possible.
Over the months as I grew stronger and improved my technique, I unleashed my full primal strength. After my first couple of kickboxing fights I spent 2 years in Victoria training under one of the top female UFC fighters, Sarah Kaufman, where I focused on learning submission grappling and wrestling with hopes of transitioning into mixed martial arts. However, an injury determined that I would be relegated to the world of striking and with this I returned to Calgary where I sought out my current coach and dedicated myself to learning the art of Muay Thai.

Heading To The Top

After only a year of competing in Muay Thai I had the honour and pleasure to represent Canada this past May at the 2016 IFMA World Championships in Sweden (The Olympic games of Muay Thai). Unfortunately I lost my semi- final bout to Russia. This was my first loss, and it has proven to be an insightful experience thus far even though I’m still only beginning to process and understand it. There were many new challenges that went along with competing at a tournament of this caliber; I endured my most testing training camp to date leading up to our departure, and developed new personal strengths as a result of my perseverance. I know I could have performed better and was capable of advancing further in the tournament, but gaining the insights into myself as to why I didn’t has been more valuable than winning the gold.
At this point I haven’t made any concrete plans for the future as there are still so many uncertainties that lie ahead, but I know that martial arts have become such an integral piece of who I am that I will always work continuously to improve my skills. Something I would like to venture into further is public speaking at schools and other organisations. I want to empower people to overcome personal issues such as eating disorders, and I want others to feel empowered in their physical self. My dream is to eventually unite my interests in athletics and psychology by using encounters with the physical body as a platform for the treatment of body image issues. 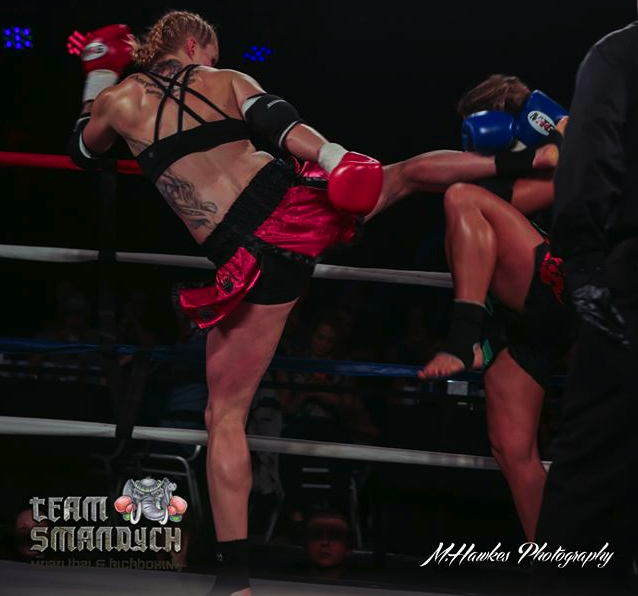 Through fighting I’ve become physically and mentally stronger than I ever imagined myself capable of being. The most unique thing about the sport of Muay Thai, is that it forces you to confront yourself in ways that a normal person never would voluntarily choose to. No one is born brave enough, or tough enough, or strong enough. In so much of our lives we are able to fake our way through our challenges in a society that is built around catering to

comfort. But when you’re in that ring, there is no parading behind the version of yourself you would like others to believe. There is no one coming to save you. Any fighter will tell you that their greatest opponent is not to be found in the ring but in the mirror; we are our only real adversaries, and our opponent is the direct representation of everything we struggle against and everything we struggle to become.

The beauty of Muay Thai is that it allows you to know the most raw and real version of yourself, and provides a way out: I have proven to myself that I am not condemned to being weak and unwell in my mind, body, or spirit. You cannot be brave without first having been afraid, and the only way to cultivate courage is to embrace the discomfort of the unknown and choose to step into your strength. This is what we do as fighters, every single time we choke back tears of fear or frustration in training, or silence the voices of doubt and lace up our gloves again stronger.